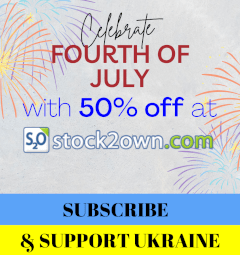 Roughly two-thirds of the DJIA's 30 component companies are manufacturers of industrial and consumer goods. The others represent industries as diverse as financial services, entertainment and information technology. Even so, the DJIA today serves the same purpose for which it was created – to provide a clear, straightforward view of the stock market and, by extension, the U.S. economy.

When Charles H. Dow first unveiled his industrial stock average on May 26, 1896, the stock market was not highly regarded. Prudent investors bought bonds, which paid predictable amounts of interest and were backed by real machinery, factory buildings and other hard assets.

The Dow Industrials is a price-weighted index, which means that the prices of the component stocks are added together and then divided by the number of firms in the index. As a result, proportional movements of high-priced stocks in the Dow averages have a much greater impact than movements of lower-priced stocks, regardless of the size of the company.

Price-weighted indexes are unusual since the impact of the firm's price on the index has nothing to do with the relative size of the company.

Source: Stocks for the Long Run by Jeremy Siegel

Today, stocks are widely accepted as investment vehicles, even by conservative investors. The circle of investors has widened far beyond the Wall Street cliques of the past to millions of everyday working men and women. These people are turning to stocks to help them amass capital for their children's college tuition bills and their own retirements. Information to guide them in their investment decisions is now abundantly available.

The Dow Jones Industrial Average played a role in bringing about this tremendous change. One hundred years ago, even people on Wall Street found it difficult to discern from day to day whether the wider stock market was rising, falling or treading water. Charles Dow devised his stock average to make sense out of this confusion. He began in 1884 with 11 stocks, most of them railroads, which were the first great national corporations. He compared his average to placing sticks in the beach sand to determine, wave after successive wave, whether the tide was coming in or going out. If the average's peaks and troughs rose progressively higher then a bull market prevailed; if the peaks and troughs dropped lower and lower, a bear market was on.

It seems simplistic nowadays with the array of market indicators in the public eye, but late in the nineteenth century it was like turning on a powerful new beacon that cut through the fog. The average provided a convenient benchmark for comparing individual stocks to the course of the market, for comparing the market with other indicators of economic conditions, or simply for conversation at the corner of Wall and Broad Streets about the market's direction.

The mechanics of the first stock average were dictated by the necessity of computing it with paper and pencil: Add up the prices and divide by the number of stocks. This application of grade-school arithmetic, while creative, is hardly useful more than a century later. But the very idea of using an index to differentiate the stock market's long-term trends from short-term fluctuations deserves a salute. Without the means for the ordinary investor to follow the broad market, today's age of financial democracy (in which millions of employees are actively directing the investment of their own future pension money and as a result are substantial corporate shareholders) would be unimaginable.

Following the introduction of the 12-stock industrial average in the spring of 1896, Mr. Dow, in the autumn of that year, dropped the last non-railroad stocks in his original index, making it the 20-stock railroad average. The utility average came along in 1929 (more than a quarter-century after Mr. Dow's death at age 51 in 1902) and the railroad average was renamed the transportation average in 1970.

At first, the average was published irregularly, but this changed with the daily publication in The Wall Street Journal, which began on Oct. 7, 1896. In 1916, the industrial average expanded to 20 stocks; the number was raised again, in 1928, to 30, where it remains. Also in 1928, the Journal editors began calculating the average with a special divisor other than the number of stocks, to avoid distortions when constituent companies split their shares or when one stock was substituted for another. Through habit, this index was still identified as an "average."

The 30 stocks now in the Dow Jones Industrial Average are all major factors in their industries, and their stocks are widely held by individuals and institutional investors. As of December 31, 2008, The Dow® represented 27% of the float-adjusted market capitalization of the Dow Jones U.S. TSM Index, which provides near complete coverage of the U.S. stock market.

Using such large, frequently traded stocks provides an important feature of the Industrial Average: timeliness. At any moment during the trading day, the price of the Dow Jones Industrial Average is based on very recent transactions. This isn't always true with indexes that contain less-frequently traded stocks.The Dow Jones Industrial Average is the most-quoted market indicator in newspapers, on television and on the Internet. Because of its longevity, it became the first to be quoted by other publications. This practice became habit when Wall Street earned at least a mention in the general news each day, and habit became tradition when the post-World War II bull market commanded the nation's attention. The Industrial Average became the indicator to cite if you were citing only one. Besides longevity, two other factors play a role in its widespread popularity: It is understandable to most people, and it reliably indicates the market's basic trend.